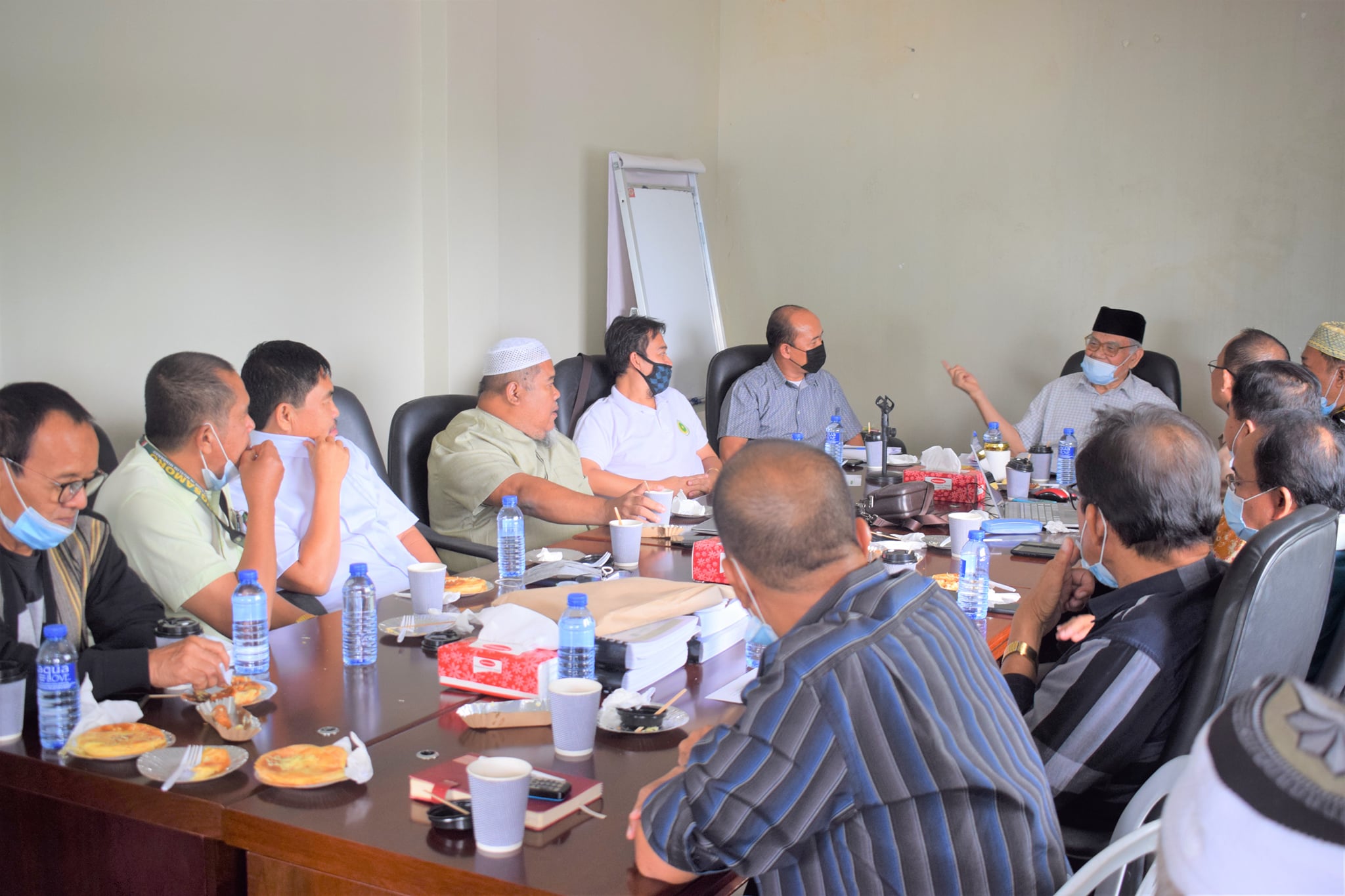 BARMM, 29 MARCH 2021 – This meeting was spearheaded by His Eminence Mufti Abuhuraira A. Udasan together with some Muslim Scholars who graduated from different Islamic Universities, Norodin D. Salam, Ph.D, President of
Development Academy of the Bangsamoro and representatives from Office of The Majority Leader MP Atty. Lanang Ali Jr. and City Government of Cotabato, held at the Bangsamoro Darul-Ifta’s Office – BARMM Cotabato City.
The main agenda was regarding the sighting of the moon, as a preparation for the incoming Holy month of Ramadhan. There was a lot of suggestion and sharing of ideas among the Ulama regarding the date of moon sighting, including the time and the gathering place to declare the moon sighting’s result. Eventually, it was agreed that the moon sighting will be on April 11, 2021 and the venue for the declaration of the moon – sighting’s result will be at Bangsamoro Darul – Ifta’s Office and will be announced on April 11 at 8:00 P.M. in our official Facebook Page and media partners.
Mufti has assigned the moon sighters in five areas and they were divided into five groups which are the following:
1. The Polloc team
2. Bobong team
3. P.C. Hill team
4. Brgy. Ladia team
5. Cusiong team